If you’re looking for kratom alternatives, you really can’t miss Mitragyna hirsuta. What is Mitragyna hirsuta? This tree is in the same genus and family as kratom (Mitragyna speciosa, in the coffee or Rubiaceae family) and the leaf is even known on the street as “kra thum khok.” The leaves are green with light-greenish white veins, and while they are somewhat smaller than kratom leaves, they have a similar structural appearance.

The alkaloids in Mitragyna hirsuta are the active compounds that give the herb its effects. Fortunately, Mitragyna hirsuta is free of two of the top “controlled” substances present in kratom: Mitragynine and 7-hydroxymitragynine. This makes the herb much more accessible to consumers in the Western world.

Instead, this herb contains an alkaloid called mitraphylline that binds to the same mu-opioid receptors in the brain as mitragynine and is also present in kratom (Mitragyna speciosa) and cat’s claw (Uncaria tomentosa). Another oxindole alkaloid in the herb has been discovered recently that is called isomitraphyllinol, although the effects of this alkaloid are not currently understood and require further study.

Hirsuta is known as a “Milder” version of Kratom.

There are no reviews yet.

Be the first to review “4 Ounce Hirsuta” Cancel reply 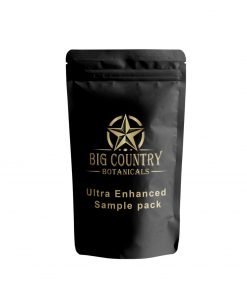